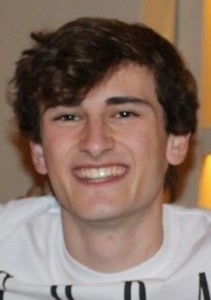 Richard was once the only foreign student at a Greek public school. Due to the language barrier, he took refuge in mathematics. As a high school student, Richard enrolled in an accelerated course that allowed him to complete a two-year curriculum in one year. He is the cofounder of Quorky, a company that uses recycled cork to create phone cases. Richard also became adept in designing 3-D printed molds to better market his products. He has comprised a team to design a jetpack and led his team in winning the 2016 NASA SpaceApps Challenge Cyprus. As a senior, Richard participated in an independent study program and interned in Australia and France. He was a paid intern for the space exploration company COMEX and assisted with projects backed by the European Space Agency