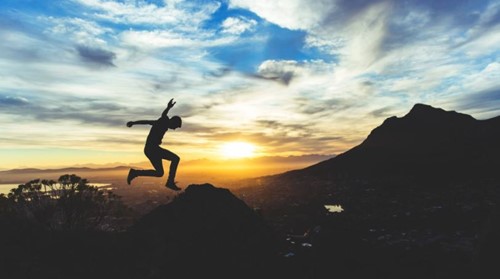 Eligibility Requirements: High school seniors and college freshmen who have a minimum GPA of 3.5 and who have demonstrated in an outstanding manner the values of NSHSS Co-founder and President James W. Lewis. College students must be enrolled in an accredited university. Scholarship funds will be sent to the university where the recipients are enrolled or will enroll upon entering college.

The James W. Lewis Leadership Award has been established to encourage and recognize young leaders who exemplify the values to which Mr. Lewis has dedicated his life and work:

In 2002, Mr. Lewis co-founded NSHSS with Claes Nobel, of the family that established the Nobel Prizes, to acknowledge and nurture the continuing success of high school and college students who have distinguished themselves through academic accomplishment, exemplary leadership and community involvement.

Mr. Lewis’s complete bio can be found on the NSHSS website.

Brief biography of James W. Lewis:
Overriding philosophy: "The future of our planet is dependent upon how we prepare the youth of the world. Let them dream, explore and achieve not only for the betterment of themselves, but for the global community."
--JAMES W. LEWIS, NSHSS PRESIDENT

James W. Lewis is President of the National Society of High School Scholars (NSHSS), which he established in 2002 along with friend and co-founder, Claes Nobel, senior member of the family that established the Nobel Prizes. He has set the bar in empowering youth in the world of scholarship, academics, diversity, inclusion, international education and volunteerism with his programs, leadership and genuine care for humanity. In 2015, James was named a Top 10 Diversity Champion by The Global Diversity List, published and supported by The Economist. His vision for diversity and inclusion and international education is reflected in NSHSS’s partnerships with world-class educational and leadership programs from around the globe.

As a visionary, pioneer and mentor, James has enjoyed the opportunities to connect with and serve his community in various roles. These roles include serving on the Inter-Association Task Force on Alcohol and Other Substance Abuse, which sponsors Alcohol Awareness Weeks on college campuses throughout the United States. James also served as a strategist for the Office of Substance Abuse Prevention of the U.S. Department of Health and Human Services. He also served on the board of directors for the Friends' Health Connection, an advocacy organization connecting people with similar health conditions with each other and to vital resources. Shoichiro Toyoda, former chairman of Toyota Motor Corporation, identified James as an international thought leader of the 21st century on promoting new ways to address major social and economic challenges from an educational perspective. James was called on to serve as a discussant at an International Symposium Innovations through Education and Social Entrepreneurship among other notables from Norway, Japan, and representatives from other G8 countries in government, universities and business.

Application Requirements:
• Resume
• Transcript
• Educator Recommendation
• Color headshot suitable for website posting.
• Personal statement of 1,000 words in response to the following: Describe how you have demonstrated and are continuing to exemplify the leadership values of Mr. Lewis.