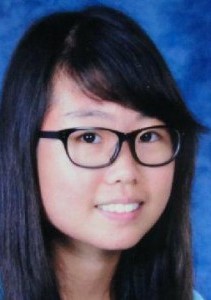 Yun Ha and her family relocated to Tinian from Seoul, placing her directly into an environment in which English was the dominant language. Art became Yun Ha’s creative outlet as the discrimination she endured daily was compounded with her inability to communicate. Yun Ha used drawing to channel her frustrations with her peers’ lack of tolerance. She explains her escape and continued development of patience towards others’ ignorance. Yun Ha writes, “Since early childhood, art was my way of coping with life. When I drew, I was able to enter a world where only I could inhabit, similar to how music can steal the thoughts of many people from reality . . . I am the seed that grows with the love of art and imagination.” She is now the treasurer of the National Honors Society, the battalion executive officer of the Junior Reserve Officer Training Corps, and she has also served as the team captain for her High School Mock Trial program.