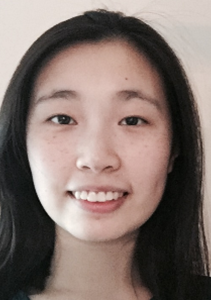 Ting’s thirst for innovation began during her freshman seminar course. Her teacher challenged the class to design a box strong enough to uphold a two-pound weight. Ting developed a box capable of supporting two pounds. Then she constructed another box that could withstand a five-pound weight, and then she progressed to developing a box that supported a ten-pound weight. Ting began to express her creativity in other aspects of her life—using a rope to rock her nephew’s crib, designing removable heating pads for her grandmother’s socks, and attaching Styrofoam cushions to doors to eliminate creaking sounds. While participating in the University at Buffalo’s MedSTEP program, she discussed robotic surgery and examined cadavers with students sharing her interests. Ting serves as captain of the Math and Science Bowl teams. She has also served as a research intern for The Research Foundation for the State University of New York, and she has participated in the Harvard College Summer School, the Canisius College Young Scientists Program, and the Hauptman-Woodward Bioinformatics Research Program. Ting will major in biomedical engineering.