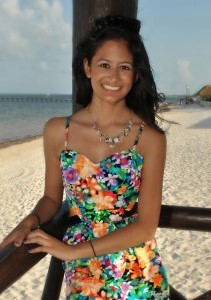 As president of the Student Body and Library Club, Suchi possesses an innate awareness of others’ wellbeing. She single-handedly combats what she considers to be “society’s expectations of likes, followers, and image” that often distorts teenagers’ perception of themselves and reality. As the original founder of the chain of anonymous Facebook accounts entitled “Smile BeHappy,” Suchi launched her campaign with an initial status stating, “Today is Day one. Day one of Smiles, and day one of making people a little happier.” In addition to regularly honoring a “Person-of-the-Day,” Suchi accepts and post complimentary messages from students seeking to recognize others. She posts while on family vacations, during commutes to athletic practices, and discreetly while attending birthday celebrations. Suchi has received over 300 messages commending her innovative efforts to establish a communal cyber environment for over 500 students. She is also a piano teacher, medical research assistant, and a member of the tennis team.