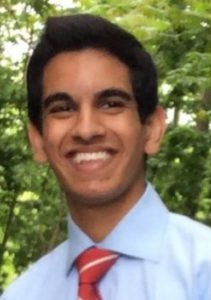 Shahrukh thoroughly enjoys public speaking and competition. He worked with his AP US History teacher to create his school’s first Model United Nations Team. Shahrukh quickly realized that the intent to win greatly overshadowed his team’s ability to comprehend the complexities of various governments throughout the world and the essentialness of democracy. Shahrukh began staying afterschool to conduct mock debates, hold Skype sessions with other schools, and further develop his team members into confident, polished speakers. Shahrukh and his team were named the Best Small School Delegation in their next MUN competition. Shahrukh is a member of DECA, FBLA, and his school’s Ambassador Program.