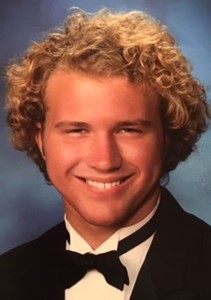 As an avid environmentalist, Russ is truly passionate about sustainability and global citizenship. After observing aerial mosquito spraying near his home, Russ designed and ran a controlled experiment showing the deadly impact of pesticides on the fiddler population: an important link in the food chain as well as bait for local fisherman. Russ developed a campaign which I called, “Control, Comply, and Customize,” that he modeled after the popular “Reduce, Reuse, and Recycle” program. Every weekend during the summer and fall, Russ set up a booth at the Museum of Coastal Carolina where he spoke with visitors regarding safe pesticide use as well as ways to keep the pesticides out of their local waterway. Since then, Russ' experimental results have been publicized by local newspaper organizations, gaining overwhelming support by his community. For Russ, leading the purposeful life of a global citizen responsible for sustainability means being brave, resourceful, and taking the initiative to enact positive environmental change when needed.