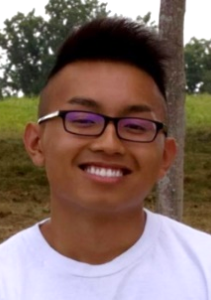 As the team captain of both his school’s and Chinatown’s volleyball teams, Richard aims to recruit students and assist them in working to become better players. The Chinatown volleyball team is rooted in Asian culture, and Richard educates his fellow teammates about the importance of recognizing and celebrating their Asian culture. Richard also assumes leadership roles in Quincy Asian Resources Inc. and the Asian Community Development Corporation. In 2014, Richard traveled to Vietnam to spearhead educational and athletic events for youth near his home. He also raised over $2,000 for local hospitals. Richard is passionate about helping underprivileged youth and is fluent in Vietnamese, English, and proficient in Spanish.