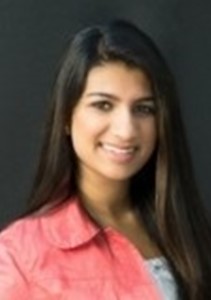 Neha, who intends to major in pre-med, has demonstrated remarkably successful leadership skills, having established a non-profit at the age of 9 to help provide resources for impoverished Indian orphans.  Inspired by her grandparents’ tradition of volunteering at the local Baal Kunj Orphanage, she created the Empower Orphans charity to aid orphaned and underserved children escape the clutches of poverty by providing them with a foundational education and basic healthcare.  Through her fund raising efforts, the organization has raised over one million dollars and helped more than 25,000 orphans.  Her notable volunteerism awards include The Prudential Spirit of Community Award, the Congressional Award Gold Medal, and the World of Children Award.  She believes that accepting the challenge of Gandhi’s admonition to “be the change you want to see in the world” is the true measure of a leader.