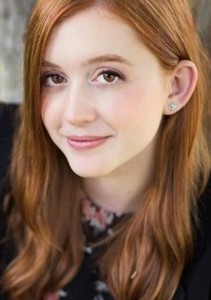 Before entering a welcoming, inclusive learning environment, Natalie had previously felt alone and isolated from the general student body. In an effort to ensure that no one feels the way she once felt, Natalie created a free app, Sit With Us, that aids students in connecting with other students in their school. In less than two years, Sit With Us has gained over 100,000 users across eight different countries. Sit With Us is now also used by adults attending conferences, in colleges and universities, and in medical and religious spaces. Sit With Us is featured in three museums—including the Smithsonian. People magazine has named Natalie as one of the 25 Women Changing the World. Sit With Us is not only app, but it is also a nonprofit organization of which Natalie is the president and founder. Natalie has interned with Forever 21’s marketing team, and she has worked with one of PUMA’s brand ambassadors to publicize the efforts of Sit With Us.