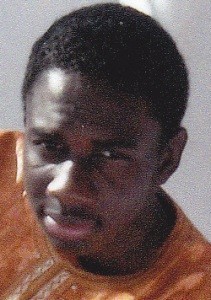 between the government and rebel forces, which began in 1991, had made its way to the capital city. The home in which Mohamed and his family resided was bombed the same day they departed. The Jawaras constantly relocated to avoid being mistaken as rebel sympathizers by government forces or as government sympathizers by rebel forces. The civil war ended in 2002, and the family returned to their home to rebuild their former lives. Mohamed’s father built a minimarket to provide for his wife and children. In 2008, the Jawara family was approved for visas. Mohamed and his mother moved to the United States and the rest of the family would soon follow. After persevering through inconceivable challenges, Mohamed is soothed by knowing that regardless of an obstacle’s magnitude, “everything is going to be ok.” Mohamed is currently interning at the RedlandsCommunityHospital.