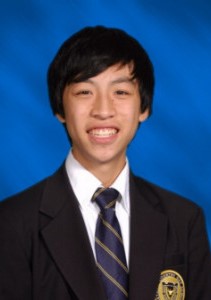 Michael’s work as a camp counselor overseeing arts and crafts quickly developed into a more sustainable project. After realizing some of the summer camp’s attendees did not have access to books, Michael began a mass book drive. He worked with Central Detroit Christian Church and created a power point presentation to be shared with local schools, churches, and businesses. Michael set up donation boxes, created flyers and posters, and designed a website. CDC received over 4,000 books, which have been donated to more than 200 families. Michael is a 2015 Coca-Cola Regional Finalist, a US News AXA Achiever National Finalist, and the recipient of the President’s Volunteer Service Award presented with a letter from President Obama. The MIT Lincoln Laboratory has named a planet after Michael in recognition of his achievements at the Intel International Science and Engineering Fair.