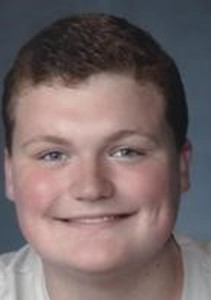 After Maxwell was diagnosed with Asperger’s syndrome, a mild form of autism, at age five, his doctor informed his parents that he would not amount to much outside of solving a Rubik’s cube. Although Maxwell has not yet solved a Rubik’s cube, his achievements greatly discredit his doctor’s prophecy of a life of limitation. On stage, Maxwell has performed with a choir and given motivational speeches on how he repeatedly overcomes the constraints associated with Asperger’s syndrome. Maxwell has become increasingly comfortable after every public speaking experience and shares his experiences at a round-table discussion with both students and parents at his school. Every congratulatory statement assists in strengthening Maxwell’s confidence. He triumphantly writes, “I have defeated the omnipresent assumption of normalcy.” Maxwell repeatedly achieves the impossible. He is a member of the National Honor Society, Hispanic Honor Society, and the Tri-M Music Honor Society.