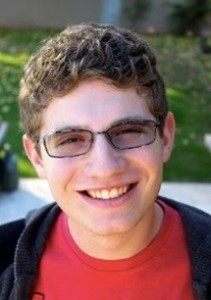 Since technology and social media disassociates the bully from the victim, Matthew knew it was up to him to magnify the hurt and pain others were causing those close to him. He founded Be ONE: The Be “Open to New Experiences Project,” which is a peer-to-peer program for middle school students. Instead of merely talking to the students, Matthew uses games and discussion to prompt the students to sympathize with bullying victims. Using pictures of himself, Matthew explains the drastic physical changes that occur from the beginning of middle school until the end of high school. Be ONE has reached more than 1,600 students across multiple states, and it will soon be covered by the Disney Channel. Matthew is an intern for Legislative District 28 of the Arizona Democratic Party. He is vice president of the National Honor Society, and he has received the ABC Summer of Service Award, the Governor’s Youth Volunteer of the Year Award, and Disney Channel’s “Hero for Change” award.