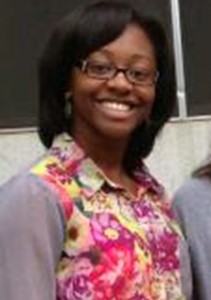 Marjada Tucker rejects the perpetuation of “the story of inferiority,” which “echoes between the trailer parks and the trap houses” plaguing much of her Mississippi community.  She “refuses to swallow” the “bitterness” that might prevent her from excelling. In 2011, Marjada accepted an invitation to attend The Mississippi School for Mathematics & Science. She believes in a metaphorical rope that binds her with her community and neighbors which allows them to rise as she rises. Marjada now relishes in an environment that cultivates young minds by stressing academic excellence. Upon completion of her formal education, she hopes to return and uplift her poverty-stricken community. Marjada has held multiple leadership positions in clubs and for her class. She participates in varsity softball, and basketball and was named the 2012 Athlete of the Year.