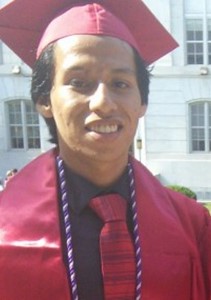 Luis is a Hispanic immigrant who has been directly affected by the limitations of his DACA (Deferred Action for Childhood Arrivals) status. Though he has spent the majority of his life in the United States, he is considered an international student. Luis is unable to apply for federal loans to assist in his pursuit of higher education. He is highly active in the League of United Latin American Citizens. Serving as an activist for children who had no choice in their parents’ relocation to the United States, Luis advocates for legislative changes to immigration reform and relief for immigrant children. He participated in the group’s annual Legislative Conference in Washington, D.C. this year, meeting with his congressional representatives. He successfully completed the rigorous requirements of his high school’s Academy of Entrepreneurship and Business Management. He is planning to major in Business Administration.