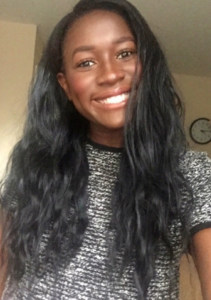 Lovette lost a friend and classmate to suicide after he had been relentlessly cyberbullied. Lovette describes her friend’s suicide as “one of the most devastating yet influencing events of [her] life.” In response to the loss of their classmate, Lovette and a group of her peers banded together to establish Project Blue Line, a fundraiser aiming to increase anti-bullying awareness. Project Blue Line gained the support of local businesses to help raise funding for anti-bullying organizations. Project Blue Line’s participants broke “the record for the longest line of individuals wearing blue shirts.” Lovette and her peers also worked to have the Cleveland Cavaliers’ Kyrie Irving visit Brunswick High School in support of Project Blue Line. Lovette delivered a speech about the negative implications of bullying and the importance anti-bullying efforts. The fundraiser raised nearly $20,000, which was donated to anti-bullying clubs such as the Gay-Straight Alliance Club, Rachel’s Challenge Club, and LINK Crew. Lovette is the president and a founding member of the Debate Club. She is also a member of the varsity lacrosse team, and she has interned at a local health clinic.