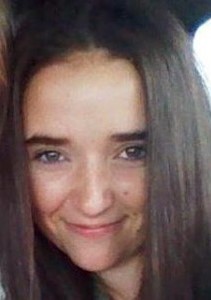 On the night a Congresswoman’s speech was unjustly halted, Lauren discovered her voice and her call to become an activist for the oppressed. Her once agreeable, non-confrontational demeanor transformed into a spirit of advocacy and fearlessness. The Congresswoman had been summoned to speak on the night which Lauren was scheduled to have a religious commitment ceremony. The speech was cancelled due to one of the religious institution’s wealthiest members, who strongly disapproved of the Congresswoman’s political views, threatening to cease his membership and monetary contributions. Lauren exposed the bullying and intimidation that had occurred amongst adults within their religious institution. Her speech received national coverage, and she also received a phone call of appreciation and an offer to intern with the Congresswoman at her Washington D.C. office. Lauren is also the founder of the No Place for Hate Initiative at MAST Academy, the president of the National English Honor Society, and a member of the tennis team.