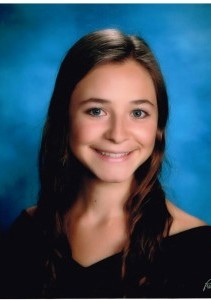 As a high school freshman Youth in Government delegate, Lauren drafted a bill mandating the identification of nutrition and allergen information for all meals provided by public schools. After she had been awarded “Best Bill in the House of Representatives,” Lauren organized a campaign to engage school board members, legislators, educational organizations, and a national software company in helping identify and label allergens. Lauren sought to expand her efforts statewide, ultimately lobbying the Senate President, the Governor, and the Commissioner of Agriculture to reform Florida’s policy. Lauren has now expanded her efforts nationally and works with the FDA, USDA, and Let’s Move. Lauren has served in the Student Government Association, as a Senate page, and as an intern for Congressman Patrick Murphy. She is self-employed as a vegan dessert entrepreneur, and she’s given a TEDx talk entitled, “The Persuasive Power of Passion: From Love to Legislation.”

Lauren is majoring in Environmental Studies. She works with the Coalition of Immokalee Workers, and she has joined the Leadership Team of Food Recovery Network and Fossil Free Brown. Lauren has launched “Save the Produce,” a food waste awareness and education campaign, and she has been accepted to attend the 2016 Clinton Global Initiative University Conference at the University of California, Berkeley.