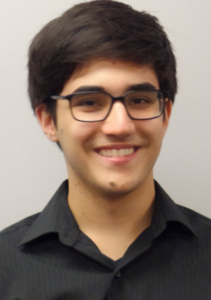 On the same day that Kia was celebrating the success of his documentary on veterans, a 13-year-old in his community committed suicide after years of being bullied. Kia explains that this student’s sudden death inspired him to create a documentary about the dangers of cyberbullying. Kia worked with a group of his peers to create His Story, an anti-bullying film about a young man bullied due to his “alternate gender identification.” His Story placed second in the AT&T Film Invitational at the 2016 All American High School Film Festival. The creators of His Story also received the Upstander Legacy Youth Award from the Tyler Clementi Foundation. Kia explains that he has increased the reach of his anti-bullying efforts through online platforms. Kia is a member of the National Honor Society, and he is a College Board AP Scholar. Kia has produced short films for Disney/ABC, the Tribeca Film Institute, and The Independent Film School.