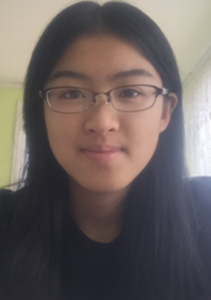 Kelly is enamored with the endless possibilities afforded by technological advancements, and she has built her own 3D printer. She spent countless hours conducting research. After many hours of trial and error, Kelly assembled the hardware. She then programmed her 3D printer. Kelly describes the deep satisfaction she experienced from creating her own 3D printer, as opposed to merely purchasing a previously manufactured and programmed 3D printer. Kelly also began to build computers and robots. She was selected to participate in the Girls Who Code Summer Immersion Program. Kelly collaborated with her team to design a pollution sensor that uses music to warn users of high pollution levels. She is secretary of the Robotics Club, and she has participated in Missionbit’s Intro to Android App Development Program and Web Development Program. Kelly will major in computer science.