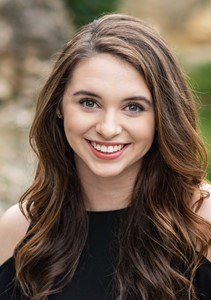 Karagan Weld graduated from Legacy of Educational Excellence High School in San Antonio, Texas in 2019. While in high school, Karagan earned her Gold Award in Girl Scouts by lobbying for David’s Law, new cyber-bullying legislation, during the 2017 Texas Legislative Session. Karagan wanted to lobby for David’s Law because she had been cyber-bullied for 7 1/2 months in 2014-15 while she was in the 8th grade. The cyberbully threatened her multiple times a week using several forms of technology, and the bully regularly urged her to kill herself. The laws in Texas at that time did not give the police the power to protect her. The bullying finally stopped after she changed school districts. In 2016, when Karagan learned about the proposed bill for David’s Law, she wrote letters to Senator Jose Menendez and David Molak’s family and expressed her desire to help lobby for David’s Law. Karagan attended the legislative session, met with lawmakers, helped them understand the realities of cyber-bullying, and explained why David’s Law was needed to protect Texas children. She also gave oral and written testimony at the Senate public hearing for the bill. David’s Law was passed during the 2017 Texas Legislative Session and made cyber-bullying a punishable crime.