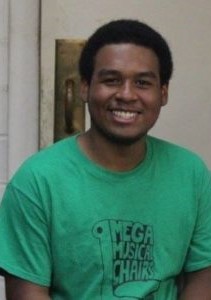 To receive an Eagle Scout rank, Jorge created a community garden at his school. Jorge explains that he and his peers needed an area to relax and enjoy their natural environment and that the school would also benefit from the produce generated from a community garden. Jorge rallied the support of his classmates, and they completed the garden in just three weekends. Jorge partnered with Mobile Urban Growers (MUG) to have his school’s community garden added to MUG’s official network of community gardens. Jorge is the president of the Gardening Club and hosts biweekly work days for the garden. Jorge is also a member of the Speech and Debate Team, the National Honor Society, the Spanish Honor Society, and he is one of his school’s ambassadors. Jorge is also the president of the Cooking Club, and he is the 2015 and 2016 recipient of the Tuskegee University Completion of Scientific Research Award.