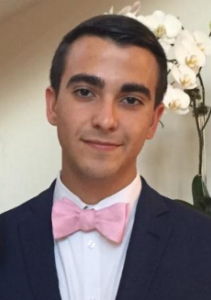 One day during lunch at Jonathan’s all-male high school, he realized that his peers were divided in their opinion of sexual assault prevention. Some students believed sexual assault on college campuses can be prevented, but others believed it to be an inevitable part of college life. In an effort to increase awareness and decrease instances of sexual assault, Jonathan partnered with students from surrounding high schools to found KNOW MORE, an organization educating high school aged students about the prevention of sexual assault. KNOW MORE has invited former University of Miami football player and author of I Like Girls: Honor: The New Guy Code Ché Scott to speak about the importance of respect and being an active bystander. KNOW MORE’s awareness campaign also includes a series of presentations. Jonathan has raised funding for local charities, and he is collecting pledge signatures on the KNOW MORE website that he designed. Jonathan is a four-year member of the Debate Team, and he is president of the National Science Honor Society.