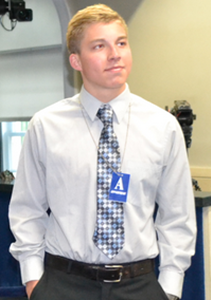 Jack began his career in business at age nine when he and his brother offered “Haunted Woods” tours and donated their profits to charities. Since then, he has managed the finances of his brother’s movie making business, served as a drummer in a teen band, and started a YouTube channel about baseball, which would develop into a website covering minor league baseball nationwide. Jack is the CEO and founder of www.baseballessentials.com, which has over forty reporters across the nation covering minor league teams. Jack also serves as a writer, editor, delegator, and interviewer for his network. Though an entrepreneur at heart, Jack aspires to better society and pursue a career in public policy. He will major in political science and communications.