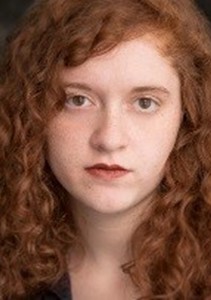 While battling a cancer relapse at age 12, Grace had been characterized as heroic, but believes that young children like herself are forced to be brave. Grace’s classmates did not understand that she was still a normal child, even though she is a cancer survivor. Grace joined Bear Necessities Pediatric Cancer Foundation, and she began spreading awareness about childhood cancer at high school assemblies. Grace has held a garage sale to raise money for CureSearch, and she has run multiple bone marrow drives.