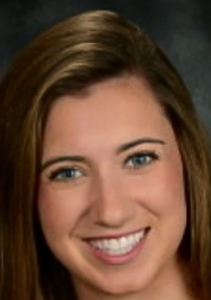 As a 15 year old, Elyse realized that young girls were being abused and exploited online, that this was happening to women worldwide, and that she was going work to end such negative behavior. Elyse and a friend created Positively-Post-It, a campaign that encouraged her 2,000+ classmates to make positive posts on social media and to leave encouraging messages on Post-It notes to post on walls, lockers, and students’ physical bodies. Elyse worked with the Student Government Association to create and post 4,000 Post-It notes on the night before the campaign’s kick-off. Positively Post-It was covered by local and national media, and Elyse was one of fifty young women chosen nationwide to attend the ANNpower Leadership Conference in Washington, D.C. She used a $2,500 grant awarded through ANNpower to launch Positively Post-It campaigns in all middle and high schools in Tallahassee, FL, as well as in nearly 20 other schools across the country. Elyse recruited representatives from each school and called on the assistance of ANNpower fellows in Texas and California. Elyse has received the Regional Jefferson Award in Public Service. She is a two-year class president, co-president of the dance marathon and the Exceptional Student Education Program, and a member of the varsity volleyball team.