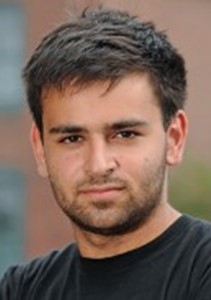 Elias, the current vice president of his senior class, is the founder and president of Greenwich High School Connections, or GHS Connections. Elias founded the club after a student who had lunch every day with his sister, a senior during his freshman year, committed suicide after the first day of his sophomore year and his first lunch alone. The student had been bullied throughout his childhood. GHS Connections increases awareness of the various forms of bullying and creates a platform for “connections” to be made between bullying victims and anti-bully advocates. GHS Connections has grown tremendously as students are actively establishing relationships and support systems within Greenwich High School. The organization has received attention from local politicians, GHS alumni, and major news networks, such as CNN. In addition to Elias’s lasting contributions to GHS, he is also the co-president of his synagogue youth group, a member of the National Honor Society, a tutor, and a referee.