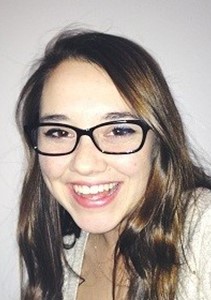 As a sophomore and a member of the Arcadia Student Advisory Board, Elena created Arcadia’s first “Kindness Week.” On her talk show, One on One with Elena Pierson, Elena discussed addressing bullying and passing on kindness instead of animosity. Elena assisted in the broadcasting of an episode of MTV’s If You Really Knew Me. She has spoken during school-wide assemblies, and she helped establish the “Arcadia Compliments” Facebook page. Not only is Elena the Student Body president, but she is also a leadership camp counselor and she has written and taught an anti-bullying curriculum for middle school students. Elena was also chosen to be a Phoenix Sister City youth ambassador, and she traveled to Japan and educated Japanese teenagers about kindness and anti-bullying. Elena plans to study broadcast journalism and social justice.