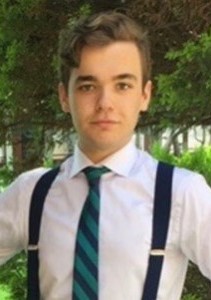 From 2010-2012, Efe studied the subsurface water in his school’s garden. He learned that the overconsumption of water was contributing to freshwater pollution. Efe found that eucalyptus trees had been planted during reforestation efforts, but he soon learned that adult eucalyptus trees consume 300 to 500 liters of freshwater. Efe created proposals and gave presentations at school, conferences, and for the local government in an effort to inform the public about specific plants that can be used for reforestation. In 2014, Efe placed 1st in Turkey and 3rdinternationally in the Young Reporters for the Environment Article Competition. He is president of the Model UN Club, founder and president of the Chakaberry Junior Achievement Company, vice president of the Student Council, cofounder and president of the Turkish Education Foundation, and he is the NSHSS Ambassador for Turkey.