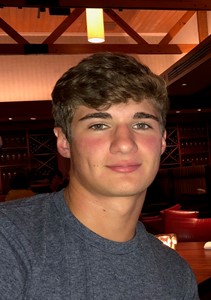 Derek is currently finishing his Junior year of high school at Westminster Academy in Fort Lauderdale. There, he is part of the Varsity Baseball Team and a member of the National Honor Society. In January, Derek was appointed as an Ambassador for the National Society of High School Scholars and has been sharing information about the organization with his peers ever since. As the president and CEO of a 501c3 non-profit charity, Wild Over Wildlife, Derek has had ample opportunities to raise awareness about wildlife. He organizes ongoing community service projects, such as mangrove restoration and arranging eco-tourism adventures to engage families with nature. Derek also travels to film endangered species and threatened habitats, and makes documentaries to share his experiences with the world. Currently, Wild Over Wildlife campaigns include putting an end to shark finning, transitioning from plastic to reusable shopping bags, and banning plastic straws in the city.