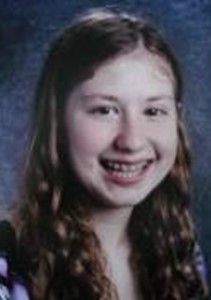 In the 10th grade, Courtney decided to bring her dream of breaking a world record into fruition. She hoped to create the world’s largest Post-it Note mosaic in order to raise at least $2,000 for children in foster care. After securing a location in the local mall, Courtney coordinated with corporate sponsors, held a silent auction for donors, gathered volunteers, and met with local media. She secured a total of 7 corporate event sponsors, 10 corporate silent auction sponsors, and 91 volunteers, many of whom were mall shoppers. The group finished their mosaic of 44,000 Post-it Notes just minutes before their deadline, breaking the previous world record of a 38,400 Post-it Note mosaic. Courtney’s efforts raised $5,191 for the 1,451 children residing in the Methodist Home and the Masonic Home. She has raised over $13,000 in fundraising events. Courtney, a two-time Gold Presidential Volunteer Service Award Winner, is the vice president of the International Thespian Society and the service head of the National Honor Society.