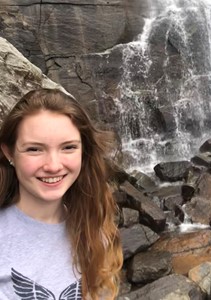 Christina started organizing and hosting her own river cleanup events on the weekends. As a community of people passionate about tackling this problem together, Christina and her community were able to do so much more than she was able to do alone. And while she knew she was making a bigger impact by doing this, she still craved to do something bigger. Christina decided she wanted to work on stopping the problem from the source. So, she went to her district supervisor, Dan Stork, to talk to him about the possibility of installing recycling bins along the river. She discussed with him how much of the litter there was plastic and how having bins would incentivize people to throw their trash away instead of on the ground. He invited Christina to be a board member on the Mount Vernon Environmental Advisory Committee, where she is now working alongside Dan Stork and many other environmental leaders from across the district to tackle environmental issues.