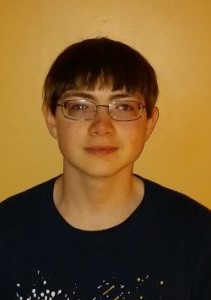 Christian polished his leadership skills during his involvement in Junior Classical League, a national student-run organization pertaining to Roman culture and Latin. After serving as captain of his school’s team at the Wisconsin JCL State Conventions, Christian had the opportunity to visit Atlanta, GA, for the National Convention. Christian tested his intellect, athleticism, and enthusiasm. His performance in a fast-paced trivia game on Latin literature, history, mythology, and grammar, placed him as 33rd among JCL competitors nationwide. Upon returning home, Christian created pamphlets to encourage other students to join JCL. Christian is an NSHSS Ambassador, captain of the Forensics Team, and the English Category champion in the Academic Bowl.