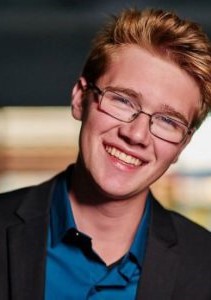 Christian has been involved in student government for all four years of high school. During his campaign for vice president of the Associated Student Body, he made TJ P.R.I.D.E (Thomas Jefferson Purpose, Recognition, Involvement, Dedication, Excellence) his campaign slogan. After he was elected, his campaign slogan was adopted as the motto for the 2015-2016 school year. Christian has been chosen to mentor incoming freshmen for the past three years. He has also worked with special needs students. In Boy Scouts and church service activities, Christian has created community gardens, feed the hungry, and renovated Scout camps. A believer in “servant leadership,” Christian is proud to give back to the communities that have assisted in his development.