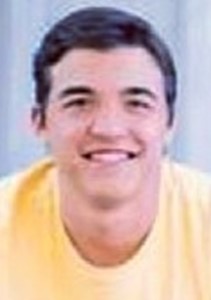 Christian, the current president of his senior class and the National Honor Society, recalls transitioning from childhood dreams of becoming an NFL star or an astronaut to aimlessly floating in an uncaring, adolescent ambivalence. After meeting Cole Croteau, a sufferer of Cystic Fibrosis, his life changed. Christian witnessed Cole’s livelihood gradually diminish. Christian describes his call to action as, “someone or something was tugging at my heart.” He was summoned to “do something. JUST DO SOMETHING.” To alleviate some of the Croteau family’s financial burdens, Christian founded the first annual race, “Soles for Cole.” He received unanimous approval from his city council. As his junior class president, Christian assembled a volunteer team of varying skill sets to help coordinate his efforts. Christian created a website and collaborated with local media and retailers to sponsor banners, raffles, and t-shirts. Over 300 runners and 150 volunteers participated in the event, which raised over $4,000 for Cole’s medical expenses. Soles for Cole is only the beginning of what Christian hopes to be a rewarding career of service in the medical field.