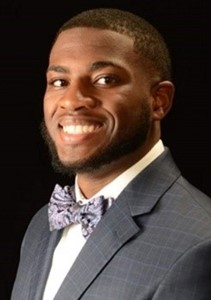 Cedric created Carry My Brothers after witnessing one of his classmates being bullied in the school cafeteria. He realized that the issue was not exclusive to that one student in his school, so he sought to enact cultural change that expands far beyond his school, city, and state. For every Carry My Brothers t-shirt sold, a t-shirt is donated to a bullying victim. Cedric is eager to serve as a leader in assisting upcoming generations in continuing to eradicate the damaging effects of bullying. Cedric is a member of the varsity football team, a state ambassador for the National Federation of State High School Association, a member of Disney Dreamers Academy, and he has served as the class president for three consecutive years.