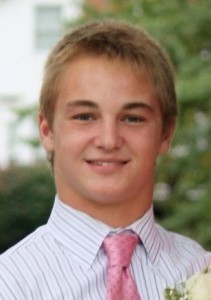 Benjamin Schroeder, who plans to become a doctor, was inspired to become a leader by his great-grandfather “Poppy,” a highly-decorated U.S. Air Force pilot who served during World War II, and became a respected community leader.  Ben was one of 60 students in Missouri selected to attend the Audrey Walton Leadership Conference, where he learned to develop confidence, courage, and composure and to remember that the keys to success include unity and cooperation.  He was selected to be captain of his wrestling team and is a leader in his school’s Student Council, Renaissance Academic Club, and Ecrew. He volunteers with the Cerebral Palsy children’s summer camp.  Ben indicates that he has “learned from Poppy that leading by example blended with education, work ethic, and determination are the foundations of strong leader.”