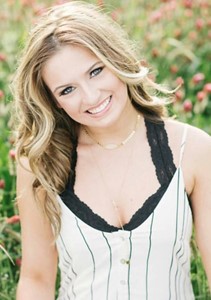 In response to her previous experiences with bullying, Aubrey founded an anti-bullying initiative with a four-point platform that has positively affected more 9,500 students in Arkansas. Aubrey is teaming up with both school officials and legislators to establish a sustainable program to support bullying victims in school and on into their lives as young adults. The four pillars of her program are “S.T.A.R. (Speak Up for Yourself and Others, Think Twice about Your Words and Actions, Accept Others for Who They Are, and Reach Out to Those in Need).” Aubrey’s work has received a proclamation from Arkansas’ governor, and she is supported the Arkansas Department of Education in expanding S.T.A.R. to over 30 school districts in Arkansas. Aubrey has been named a Miss Arkansas Outstanding Teen, and she hopes to become a teacher so that she may directly aid students isolated and victimized by bullying.