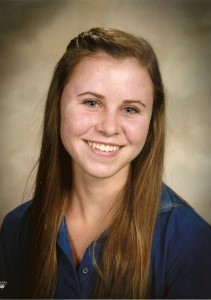 Areta Buness’s aspiration to play Division I Lacrosse at a top university was deemed impossible after she was diagnosed with the chronic condition, Primary Sclerosing Cholangitis (PSC). After several failed treatments and the threat of liver failure and colon loss, Areta’s family found one of the two doctors in the country who had successfully treated children with PSC. Areta began to respond positively to her new regimen. She has become a “poster child” and plans to assist in discovering a permanent cure for the disease. A top student in her class, Areta started on her high school Lacrosse team as a freshman and was named a U.S. Lacrosse First Team All American the following year, being one of only eight sophomores in the United States to receive the honor. Areta believes her goals are “absolutely ‘worth doing.’”