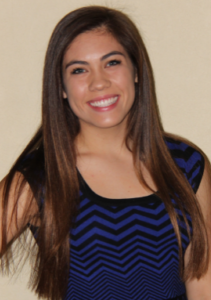 Amanda was accepted into University High School, which is ranked as one of the best high schools in the country. However, Amanda chose to attend the local, public high school “not because it was great, but because [she] wanted to make it great.” As the freshman class president, Amanda and her peers established “End Apathy at Westview. Ensure every student feels included, respected and loved” as its mission statement. Amanda has worked with administration to initiate an anti-bullying campaign that includes signage throughout campus, social media messages, and daily announcements. Now the Student Body President, Amanda has established the Gay-Straight Alliance Club, the Black Student Union, the Feminism Club, and the Do Something Club. In four years, participation in spirit week has risen from 10% to 85%. Amanda is captain of the varsity cheerleading team, a four-year class president, a National Hispanic Scholar, and she is in the top 1% of her class. She is also an accomplished gymnast, pole vaulter, sprinter, and diver.