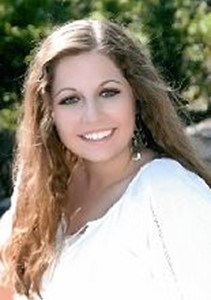 As a middle school student, Alexandra proposed allowing leashed pets in the local parks to her city park board. Although her request was denied, the board agreed to allow one nature trail to be accessible to leashed pets. Rather than becoming discouraged, she capitalized on the momentum of this small victory, raising funds to install pet waste disposal bags and units on the trail and presenting a proposal of her Bark Park project. Though her dog park idea was initially dismissed, Alexandra received community support, and she was later summoned to assist with the project as a high school freshman. In addition to serving as Troop President and Troop Treasurer during her 12 years of involvement with the Girl Scouts of America, Alexandra was awarded the Girl Scout Gold Award for her Bark Park Project.