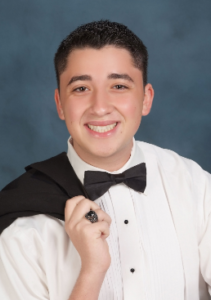 At nine years old, Alexander founded A NOVEL IDEA after becoming aware of the correlation between income inequality and illiteracy. To improve literary in youth and make books more accessible, A NOVEL IDEA has donated over 70,000 used books to public and private schools, local prisons, and organizations throughout the world. Alexander is one of fifteen elected Miami-Dade County Youth Commissioners, serving over 400,000 students and representing the fourth largest school county in the United States.  As the Chair of the Youth Commission’s Education Committee, Alexander has worked to pass legislation to increase college access, financial literacy, and civic engagement. He also helped to pass a bill to implement and expand A NOVEL IDEA, and he served as the Student Government Association President. Alexander plans to study policy analysis and management at Cornell University.